The Sandon and Glenoch studs were formed by Jack Atkin in 1969 and Roger Boshammer in 1971 respectively, with females of Texas, Wallah and Muskerry breeding with an influence of Victoree Abaridy sire lines.

The first on-property sale of Sandon & Glenoch was in 1991.

The herds are run on several properties around Chinchilla. The home blocks of Sandon and Glenoch are located 28km north east of Chinchilla.

Until early 2012, Glenoch Farms also incorporated a rockmelon growing enterprise, which allowed for a rotation of crops on the lighter creek soils. The melon enterprise was operated with a strong biological approach and the need for insecticides and fungicides had been almost totally eliminated.

The 24th February 2019 marked the 50th anniversary of the formation of Sandon Angus by Jack Atkin.

Jack enjoyed success and good times at local shows over the years, with many awards. He took pride in the mating selections of his females, and did this independently until the last couple of years of his life when Roger assisted. Each year there was friendly rivalry to see if it was Jack’s or Roger’s breeding decisions that could top the sale.

He actively promoted the Angus breed in Queensland and served as a QLD Director of the Angus Society of Australia from 1989-1991.

Jack’s philosophy was no matter how good your cattle are, you can always do better and this has been passed down through the generations. He was well known for his straight to the point character!

Jack passed away peacefully on 31/07/2018, aged 92 years. Jack, may the grass always be green and the cows fat, black and shiny where you are now.

During the 1980's SGA maintained a heavy presence in the show ring, winning many awards including: 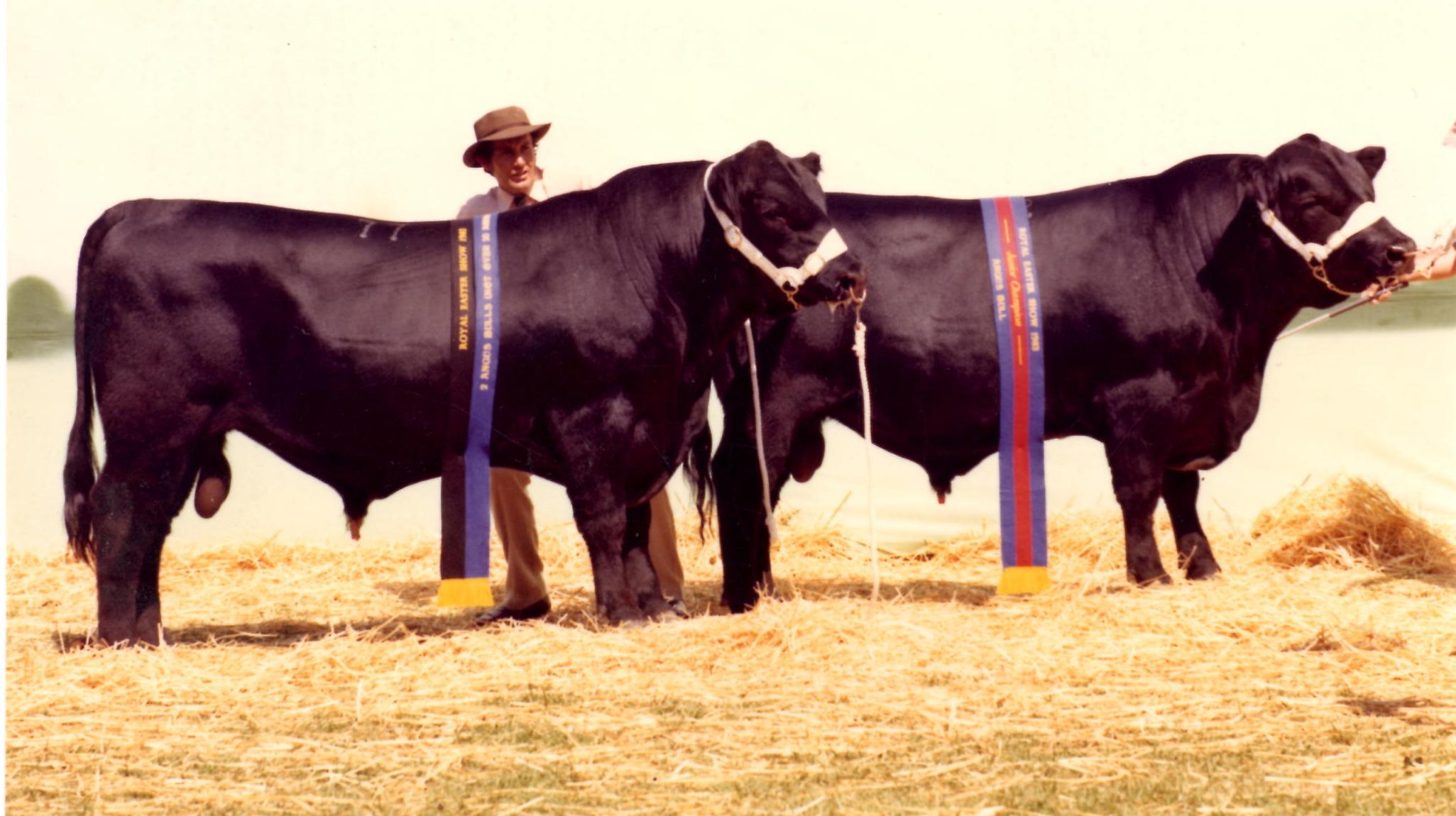 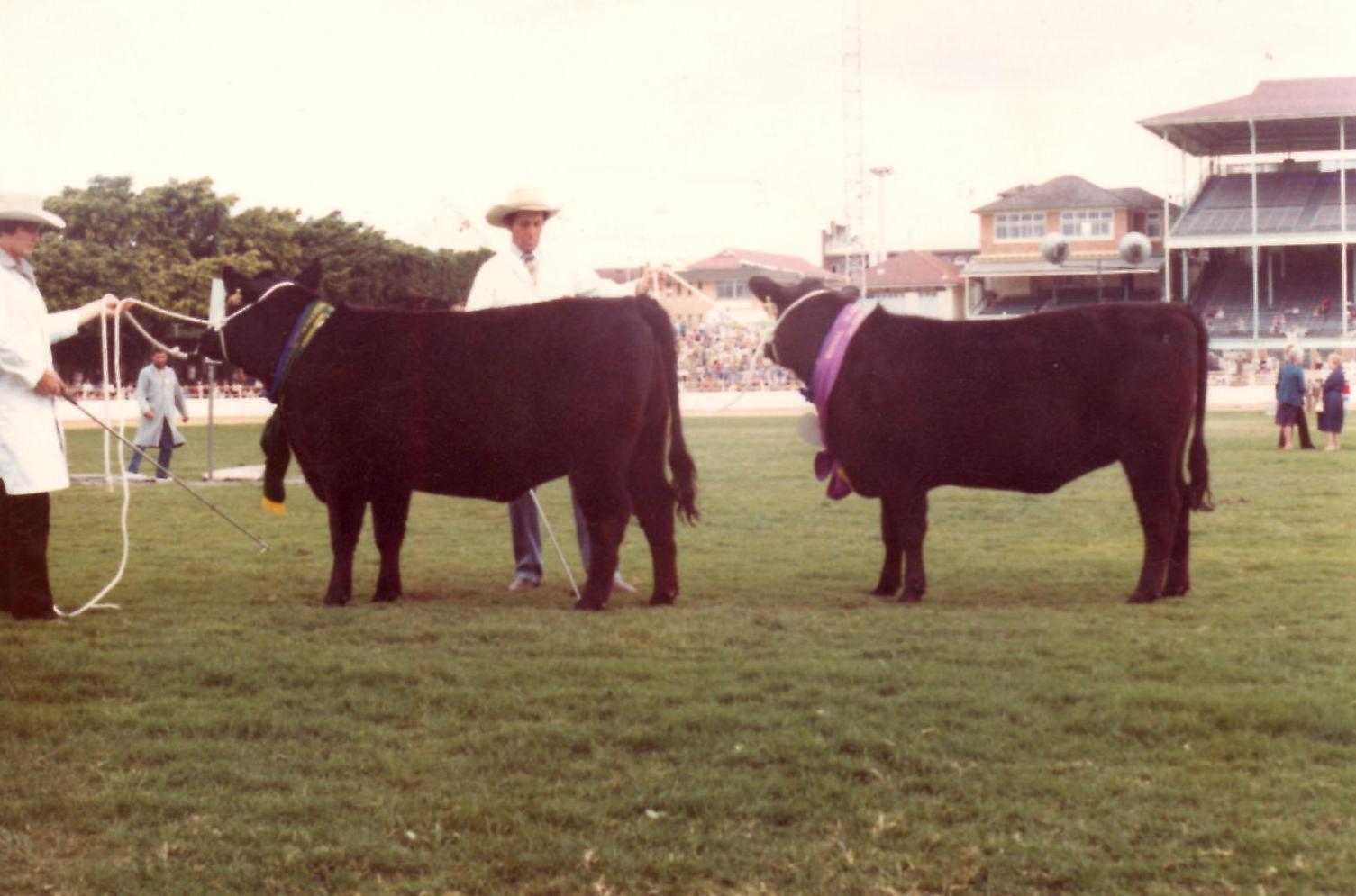 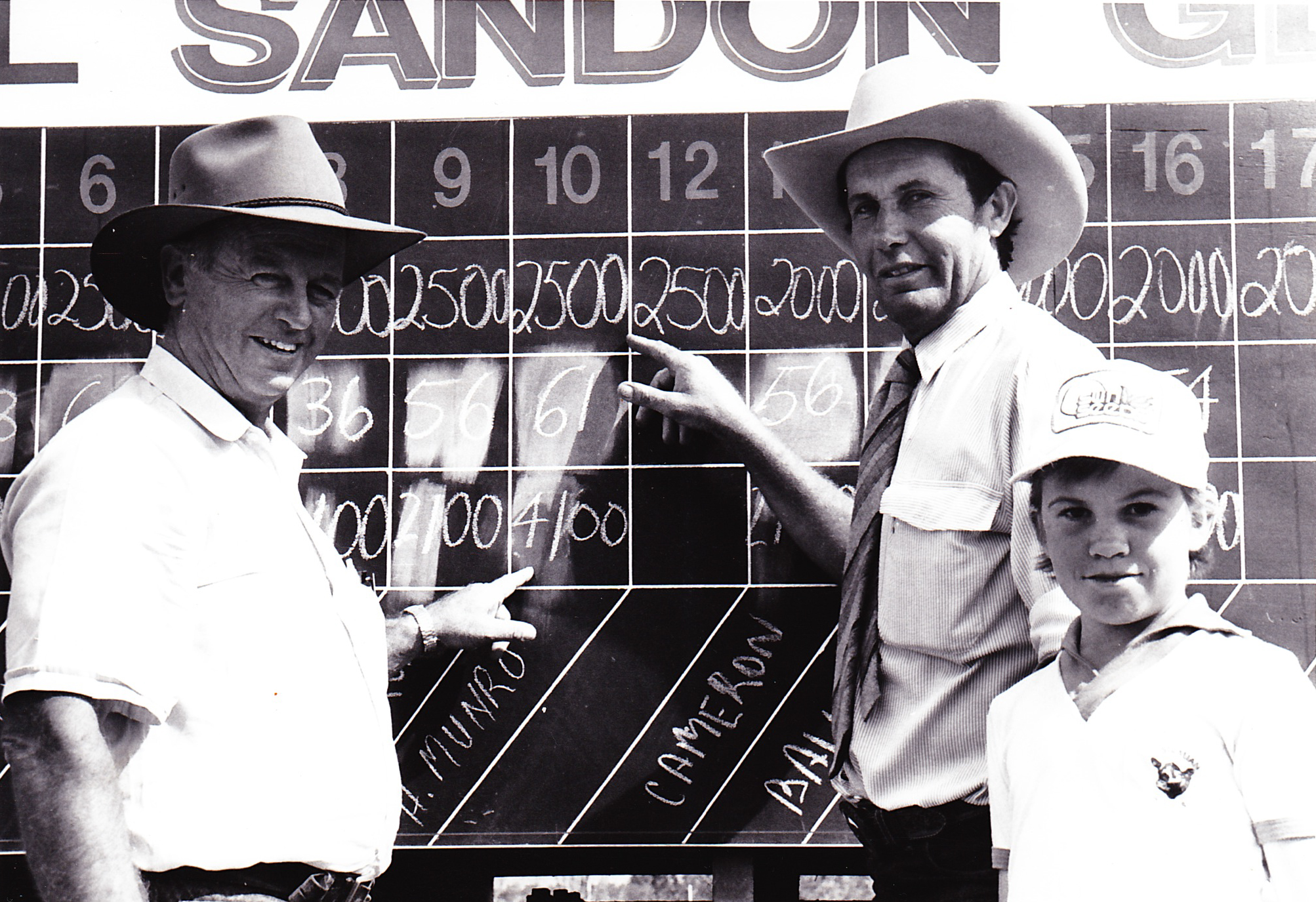 Hugh Munro, Roger and Justin at the SGA sale in 1992 when he purchased Glenoch Kaputar

This year marks 30 years of consecutive bull sales for Sandon Glenoch Angus! Things have changed a lot over that time - take a trip down memory lane with us in our presale video 🎞

As we reflect on this milestone, there are a few key aspects that come to mind…

We feel the best part of this industry is the people within it. We can think of no other industry that comes close – where the camaraderie, laughs, passion and tears bring us together in such a fulfilling way of life.

💫 30 years of bull sales has enabled us to travel to all parts of Australia, to discuss all things beef, observe the uniqueness of the Australian landscape, and to share learnings 🌱

Fundamentally, we have found definite common themes throughout our clients’ operations, which we aim to incorporate into our own beef enterprise to continually ensure we are commercially relevant and add value.

Stacking functional and fertile females to add real depth of longevity is paramount in improving our cost of production, and that of our commercial clients. There is no EBV for longevity, and there are no shortcuts – it’s continual selection and pressure over decades to achieve this.

💫 30 years of bulls sales has also given us such joy and gratitude to know you all, and we are forever thankful for that 🙏

This year we will offer 107 Angus & Brangus bulls on Wednesday 11th August - on-property and online. As always, we welcome inspections prior to the sale (and from 10am on sale day), and are happy to provide any other assistance – please feel free to contact any of us with your questions.

Sandon Glenoch Angus - Bulls That WorkSaturday, July 10th, 2021 at 5:01am
The bull sale catalogue is now available on our website to view as a PDF, as well as the database catalogue on Angus.Tech.

The catalogue will be posted in the next couple of weeks, and you can request your copy through the form on the website.

Inspections prior to the sale are welcome, please contact us if you’d like to arrange a time. The bulls will also be available for viewing from 10am on sale day, Wednesday 11th August.

Sandon Glenoch Angus - Bulls That WorkFriday, June 25th, 2021 at 7:12am
Pleased to announce we will be hosting a MLA Bredwell Fedwell workshop at Glenoch on Thursday 29 July

The link for registrations is:

Sandon Glenoch Angus - Bulls That WorkThursday, June 24th, 2021 at 11:35pm
The online database catalogue is now available on Angus.Tech. Here you can view pedigrees and EBVs, and search and sort the sale bulls ✅

The full catalogue will be available on our website as a PDF in early July, and will be posted in mid July. To request yours, please submit your details here:
https://bit.ly/salecatalogue2021 📬

If you have any questions, please don’t hesitate to contact us.